What was the most challenging part of this 50-day course?
“The most challenging aspect of the Outdoor Educator course for me was learning how to speak up and assert my ideas when I felt they were valid. Our Instructors did a phenomenal job asking us as individuals to step outside of stereotypical gender roles and intentionally make space for each other to speak. As one of the quieter and timid members of the group, it took a lot of patience and encouragement from my peers, but eventually I found my voice and recognized that one need not be loud in volume to be a good facilitator. What weighs much more heavily is confidence in your words.” – Miah, Outward Bound Instructor

This 50-day course combines outdoor skill mastery with proven experiential education principles for those wanting an introduction to the outdoor education profession.

As the oldest and leading provider of wilderness education in the world, Outward Bound provides comprehensive training on the fundamentals needed to become effective outdoor educators. On course, you and your crew will practice technical outdoor expedition skills, how to cook and set up camp in the backcountry, orienteering, rock climbing and rappelling, and navigating Class I-Class III rapids. By learning ‘hands-on,’ you will gain a better understanding of both the technical and teaching skills needed for a career in outdoor education.

NOTE: For the health and safety of students and staff in the COVID-19 pandemic, students may be required to travel to course start by private transportation. Please work directly with your Course Advisor for your course for the most up-to-date and regionally-focused travel options. All students and staff must provide a current negative COVID-19 viral test result before arrival to course and/or consent to having a COVID-19 test administered at course start. Outward Bound requires students and staff to follow COVID-19 protocols for 14 days prior to course start and while traveling including physical distancing, wearing a mask in public, and frequent and thorough handwashing. For complete “Health and Safety Practices for Outward Bound Expeditions,” click here.

Are you motivated by the never-ending discovery in the adventure of the outdoors? Are you passionate about sharing knowledge and helping future generations become comfortable and confident appreciators of the natural world? Working as an outdoor educator requires deep technical expertise in outdoor skills alongside hands-on training in the science behind experiential learning and how to create lasting impact for students. Outward Bound leads the outdoor education industry in both areas, providing a coveted foundation to jump-start an outdoor-involved career.

Outdoor Educator courses allow you to work in and through the widest variety of wilderness environments and develop high level skills in each. Beyond preparing you for career opportunities in the outdoor industry, you may also earn academic credit in the field of Recreation and Outdoor Education. 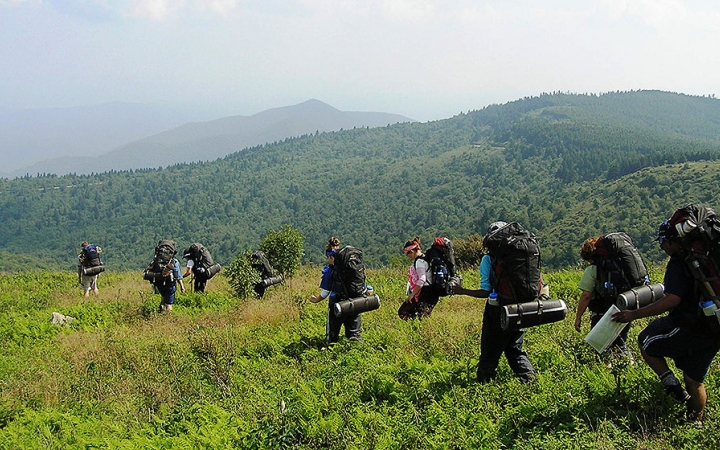 Students begin their course with a wilderness-based immersion expedition. Immersion is structured like a typical 8-to-10-day Outward Bound backpacking course so that participants learn what it is like to be a student of the program. Learnings include on-and off-trail navigation, training in Leave No Trace minimum-impact camping techniques, cooking and nutrition, introductory lessons on leadership, decision-making and much more. 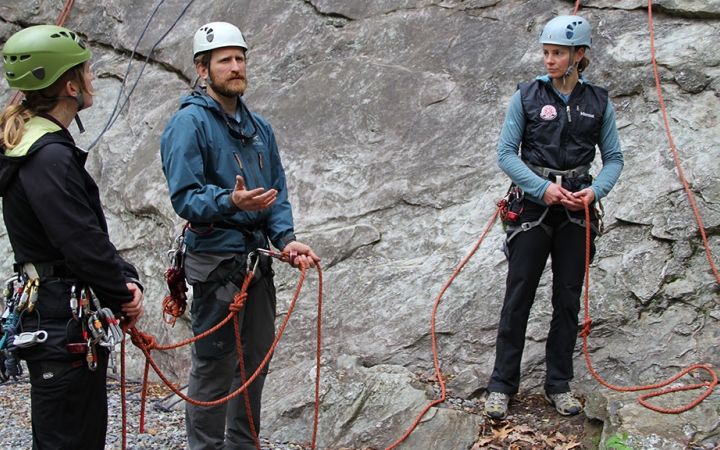 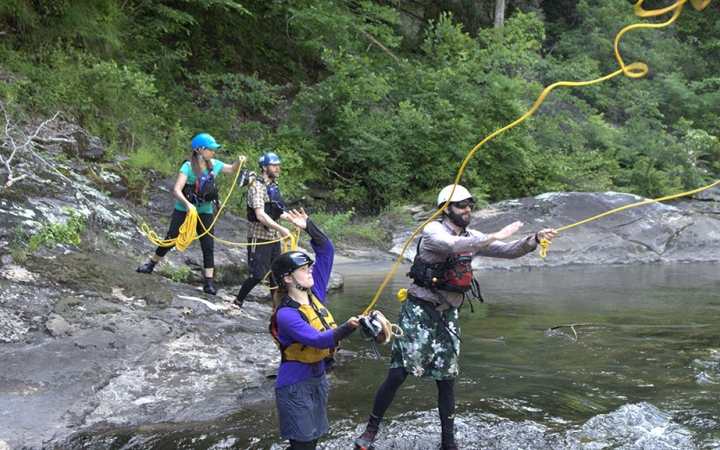 Participants are taught how to both give and receive the feedback necessary between teacher and student in outdoor education while also developing essential judgment and risk management skills. This section of the course includes:

A little more than halfway through course, students will participate in a reflection period called Solo. During this time, Instructors assign students their own individual spaces within a designated area. These sites are both secluded and within hearing distance of other group members and Instructors for safety. Students will be given all the necessary gear, food, water and skills to enjoy this time alone. Solo is a great opportunity for students to relax, recharge and reflect on their course after having long days of strenuous group activities. They also know the location of their Instructors should they need to contact them for any reason. Instructors will be monitoring students closely during this experience.

Outside of learning technical outdoor skills, longer courses also allow enough time to conduct a service project. Whether maintaining trails, partnering with nonprofits or helping at local farms and gardens, stewardship has long been a part of the mission and values of an Outward Bound program. These projects help students discover the true meaning of giving back to their community, the value of compassion and their ability to lead.

Outdoor Educator Course students will receive in-depth training in technical, interpersonal and educational skills that apply to being an outdoor educator. With a progression of teaching and leadership skills where Instructors and peers will provide feedback in an organized setting, students will be prepared to step into the roll of an Instructor for a short outdoor education experience. Much like other courses, students will be challenged to try new things, step outside their comfort zones, and do things they never before thought they could do. As a team, each group will work together to complete difficult tasks necessary for backcountry travel, expedition living and outdoor leadership.

The long geologic and evolutionary history of the Southern Appalachians has created one of the most biologically diverse regions in North America; some even say it is “rainforest-like.” This region is home to beautiful rushing rivers, hundreds of waterfalls and some of the highest peaks in the Eastern United States—including Mt. Mitchell (elevation 6,684 feet), the highest point east of the Mississippi River. Its diverse landscapes have been featured in many motion pictures including The Hunger Games and The Last of the Mohicans.

Outward Bound students can expect to share the wilderness with over 700 different kinds of trees, more than 50 types of mammals, 150 different types of birds and over 50 species of amphibians. The huge numbers of tree and plant life is actually what gives these mountains their namesake. Trees put the ‘blue’ in the Blue Ridge Mountains from the organic chemicals they release into the atmosphere, thereby contributing to the distinctive color of these mountains.

Temperatures in this area range from 50 to 85 degrees in the summer, 30 to 65 degrees in the spring and fall, and 10 to 50 degrees in the winter. These regions are the ancestral lands of the ᎠᎳᎫᏪᏘᏱ Tsalaguwetiyi (Cherokee, East), S’atsoyaha (Yuchi), Catawba, Moneton and Keyauwee nations.

What was the most challenging part of this 50-day course?
“The most challenging aspect of the Outdoor Educator course for me was learning how to speak up and assert my ideas when I felt they were valid. Our Instructors did a phenomenal job asking us as individuals to step outside of stereotypical gender roles and intentionally make space for each other to speak. As one of the quieter and timid members of the group, it took a lot of patience and encouragement from my peers, but eventually I found my voice and recognized that one need not be loud in volume to be a good facilitator. What weighs much more heavily is confidence in your words.” – Miah, Outward Bound Instructor 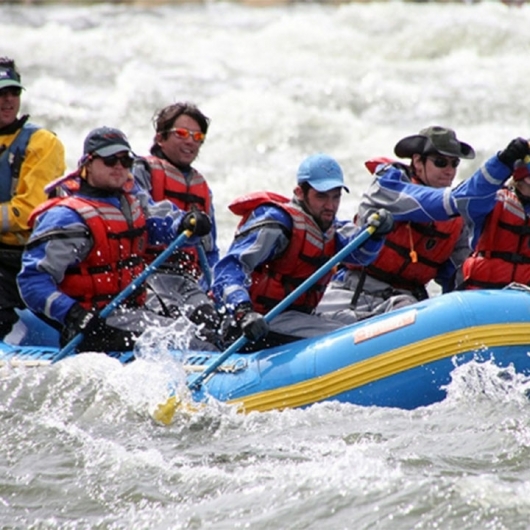 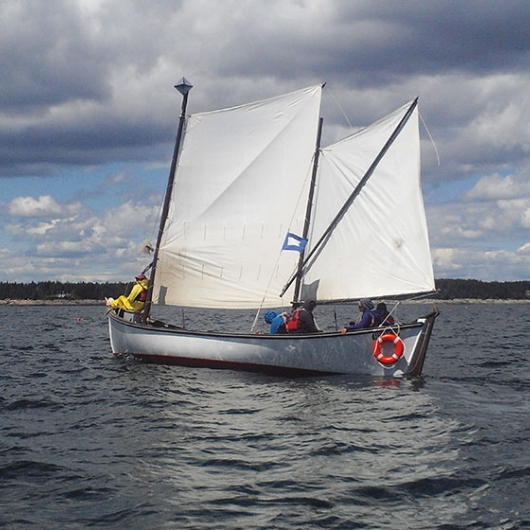 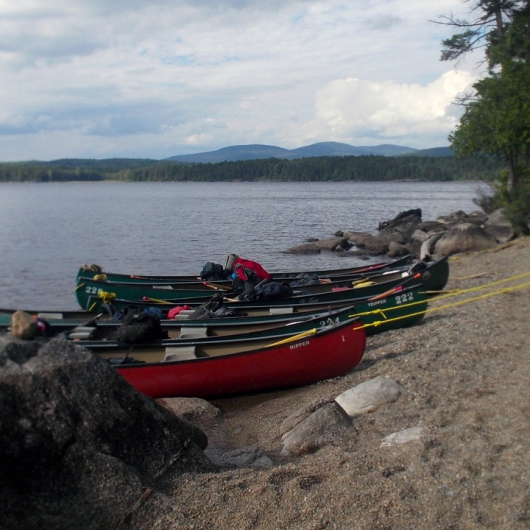 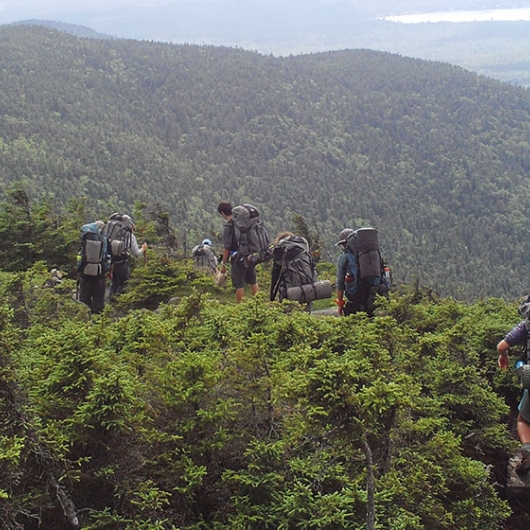 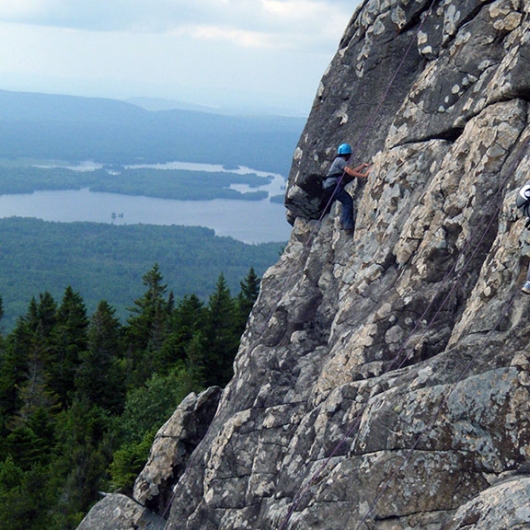