Photograph (above) taken by James Mixon

"This expedition has given me more than I could have ever expected or wished for! I have never been as motivated as I am today. Thank you to all of the staff and my crew members for being so supportive and nurturing during course. Words will never be enough for all that I have learned during the physical and mental challenges on course. I am certain that there are no limits to what we are capable of.” – Estefane, Alumnus

Find your path and discover your passion on this 30-day multi-region, and multi-activity expedition.

Your adventure begins as you discover what it is like to work, live, and travel in the great outdoors as part of a group. The Blue Ridge Mountains are some of the oldest in the world; and beyond the rainforest-like flora and fauna and epic waterfalls and vistas, you will find life-long lessons.

During this phase, you and your crew will work together to summit peaks to watch the sunrise, cook meals and set up camp under the stars, develop communication skills as you learn the basics of rock climbing, and find time to begin looking inward.

From there, your crew will switch gears and locations as you journey on to the rivers of Central Florida where winding canoe trails, grazing manatees and crimson sunsets set the stage in this sub-tropic region.

Whether observing exotic wildlife and their habitats, engaging in service in the community, or learning to navigate and work together, this course challenges you to become your best self.

Request a Call from a Pathfinder Specialist

Sometimes you don’t know where you want to go in life until you spend a few weeks in the middle of nowhere. Pathfinder expeditions give you time and space to understand what’s important to you and the skills to get there. Over the next 30 days, you’ll rise to meet natural challenges, becoming accustomed to setting goals, making decisions, and recovering from set-backs, all of which help clarify bigger choices that await you in life beyond your course.

Return home after broadening your horizons, learning how to adapt to new environments and trying untested possibilities, with an action plan for the future. With newfound leadership potential, self-awareness, and problem-solving skills, you’ll be ready for your next big step.

Before course starts, students identify a member of their support system (parent, friend, coach, teacher, etc.) who help them stay committed to their goals once they return home from course. Then, prior to the completion of course, students participate in a conference call with that support person and an Outward Bound Instructor. The purpose of the call is to discuss lessons learned during course, ways to incorporate this newfound knowledge into their lives at home and identify goals for the future.

Students backpack in Pisgah National Forest where they learn to travel safely through the backcountry, navigate varied terrain with a map and compass, as well as how to live in the wilderness responsibly using Leave No Trace principles. Equally important is time spent learning conflict resolution skills, communication styles, leadership techniques, as well as teamwork. After the crew has practiced these skills, the Instructors step back, providing the opportunity for the group to work together, navigating through the wilderness where they will be rewarded with stunning misty mountain vistas.

With a focus on safety, climbing instruction starts by teaching the basics, such as working with ropes and learning to tie knots. As students progress, they learn how to climb up or rappel down a rock face. They may also work through a high ropes obstacle course together. These uniquely structured activities provide opportunities not only for self-reliance, but also for communication and collaboration as students confront and work through fears and challenges.

Students prepare for the unexpected by earning a Wilderness First Aid (WFA) certification. This fast-paced, hands-on training teaches skills to care for those who become ill or injured and are far from definitive medical care. Offered through a partnership with Landmark Learning, an accredited organization, this certification includes classroom lectures and demonstrations combined with realistic scenarios where mock patients challenge participants to use what they've learned.

Trade the backpacks for canoes after traveling to Florida for the second phase of this course. Traveling by canoe provides the ultimate freedom and ability to travel nimbly through this biologically diverse ecosystem. Students use tandem, or two person canoes, which fosters teamwork and communication skills. Along the way, they will take turns navigating and leading their crew as they see hundreds of natural wonders and discover they are stronger than they know. Students learn paddling skills, orienteering and expedition planning as well as Leave No Trace wilderness living, cooking and camp set up.

Service has always been an integral part of Outward Bound, providing the opportunity for students to experience a deeper relationship with the environment and the local communities that surround the course area. Students can expect to engage in several service projects that may include trail maintenance, building and grounds maintenance in local recreation areas, invasive species management, working with rescue animals or building houses. Students explore the role of service on course and in their life at home and reflect on the impact of service on the community and themselves.

During Solo, Instructors assign students to their own individual campsites within a designated area. These sites are both secluded and within hearing distance of other group members and Instructors for safety. Students will be given all the necessary gear, food, water and skills to enjoy this time alone. Instructors will be monitoring students closely during this experience. Solo is a great opportunity for students to relax, recharge and reflect on their course after having long days of strenuous group activities. Students return from Solo with a new perspective on the parts of themselves they are ready to leave behind and those they want to embrace as they move forward. On this course, students will participate in a Solo progression that begins with daily reflection time and leads to a multi-day Solo experience.

The long geologic and evolutionary history of the Southern Appalachians has created one of the most biologically diverse regions in the temperate world; some even say it is “rainforest-like.” This region is home to beautiful rushing rivers, hundreds of waterfalls, and some of the highest peaks in the Eastern United States—including Mt. Mitchell (elevation 6,684’), the highest point east of the Mississippi River. Its diverse landscapes have been featured in many motion pictures, including The Hunger Games and The Last of the Mohicans.

Outward Bound students can expect to share the wilderness with over 700 different kinds of trees, more than 50 types of mammals, 150 different types of birds, and over 50 species of amphibians. The huge numbers of tree and plant life is what gives these mountains their namesake. Trees put the ‘blue’ in the Blue Ridge Mountains from the organic chemicals they release into the atmosphere, thereby contributing to the distinctive color of these mountains. These regions are the ancestral lands of the ᎠᎳᎫᏪᏘᏱ Tsalaguwetiyi (Cherokee, East), S’atsoyaha (Yuchi), Catawba, Moneton and Keyauwee nations.

Central Florida is home to some of the country’s most historic and biologically diverse waterways. It offers paddling on small, winding canoe trails as well as larger rivers and lakes, with camping in a variety of environments from hardwood hammock forests to barrier islands. The Suwannee River, Ocklawaha River, and St John’s River offer hundreds of miles of paddling in some of the country’s most unspoiled wilderness. These rivers support a variety of ecosystems including freshwater springs, swamps, sandy beaches and salt marshes. Shaded by giant Cypress and Tupelo trees, these rivers support a variety of wildlife and have deep cultural histories. On Central Florida’s east coast, the Indian River Lagoon, which encompasses Merritt Island National Wildlife Refuge and Canaveral National Seashore, is the most diverse estuary in North America. Nearly one third of the nation’s manatee population resides in this 156-mile-long waterway, along with an abundance of dolphins and other marine life. These regions are the ancestral lands of the Seminole, Timucua, Tocobaga, Calusa and Ais nations.

"This expedition has given me more than I could have ever expected or wished for! I have never been as motivated as I am today. Thank you to all of the staff and my crew members for being so supportive and nurturing during course. Words will never be enough for all that I have learned during the physical and mental challenges on course. I am certain that there are no limits to what we are capable of.” – Estefane, Alumnus 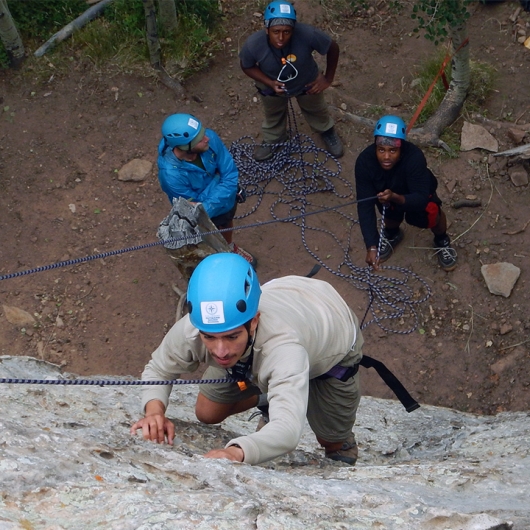 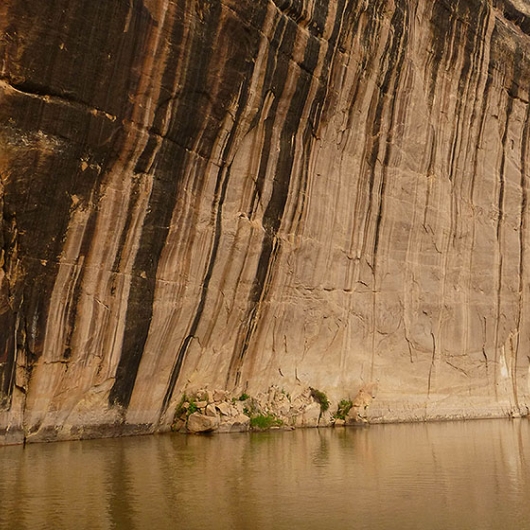 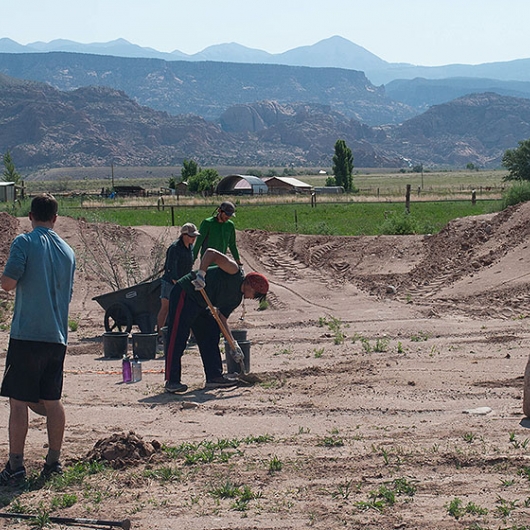